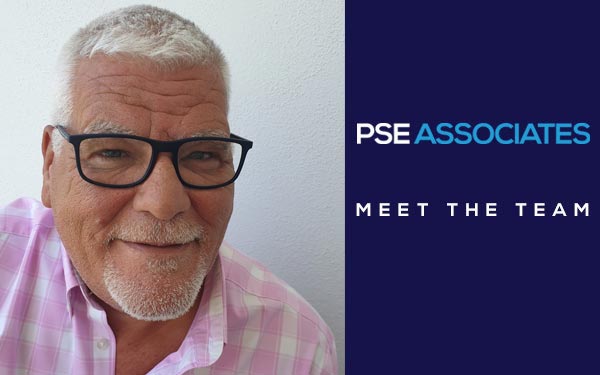 Paul Edwards established PSE Associates nearly 30 years ago, having spent eight years working as a quantity surveyor in the leisure sector, at another surveying firm. He made the decision to set up on his own when one of the partners at his previous firm retired.

“I had developed close relationships with our clients and felt confident that three projects would come with me, which would tide me over for a while,” says Paul. “Looking back, there was an element of risk, because that work might not have continued and I had two small children at the time.”

Not long after taking the leap, PSE Associates won a contract in Sweden, which would last for seven months and this saw Paul spending half the week there and half the week in Brighton.

Soon, other work started to arrive, so Paul negotiated a partnership agreement with Colin Rhodes to come onboard as well. They had worked together previously and continue to do so.

“I look back at those days and sometimes it’s hard to believe that we’ve grown from just the two of us to a 30-strong business,” says Paul. “Today I’d say we are the UK’s largest leisure only quantity surveying and project management consultancy and that’s something to be proud of.”

When Paul was at school, he was keen to embark on a career which didn’t involve sitting at a desk and, ideally, included some travel. He ended up joining the merchant navy, flying out to join his first ship when it was docked in Houston, Texas.

During this time, he watched the work being carried out by the customs team at the various ports he visited and decided this would be his next career move. While reading up on that, he looked at some other career options and found out about quantity surveying.

“It immediately appealed to me, as I’d been good at maths at school and liked the way quantity surveying was described as ‘the accountants of the building industry’,” says Paul. “I enrolled on a college course and the rest is history.”

Paul has retained an interest in travel and in sailing, which he puts down to being born near the sea in Brighton.

“The coast has always featured in my life,” he says. “I charter boats quite often and we now own a house in Spain, which is near the sea.”