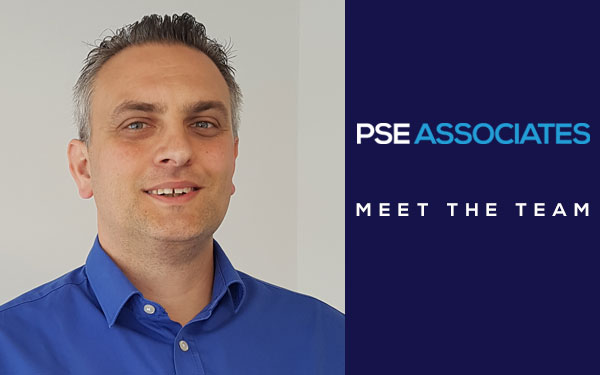 The most recent member of the team at PSE Associates is Darren Karchewski – a quantity surveyor and project manager – who joined the firm on 11 March as part of its restaurant team.

Darren lives in Worthing and, until recently, has been working for a firm in Tunbridge Wells – so he’s not only enjoying his new role but also relishing the additional time he’s now got to spend with his family, including his two children.

“The company I worked for before was a multi-national firm and while elements of this made it exciting, I really missed the short lines of communication of a smaller director-run organisation,” says Darren. “In the short time I’ve been with PSE Associates I’ve been made to feel very welcome and part of a ‘family’. It’s a much more friendly environment to work in.”

Darren had first spoken with PSE Associates a year ago, but there wasn’t the right opportunity for him. Then, at Christmas he decided to revaluate his work-life balance and started to look around for a new challenge.

“I was offered another opportunity but thought I’d call PSE Associates before I made the move and discovered that a role had come up which might suit me,” he explains. “The restaurant team looked tempting – as my previous experience was a good fit – and, as I said, PSE Associates had a culture which I was drawn to.”

Darren says that, from an early age, he felt drawn towards a career in construction.
“It was either that or become a police officer,” says Darren. “In the end, I enjoyed maths and science at school, so ended up being a quantity surveyor. I also liked the fact that it was a role which wasn’t completely office-based, as I’d get to go onsite and see a site become transformed over time.”

When Darren left college, he took a role with a company in Brighton, where he stayed for 12 years.

“We offered project management support to a number of blue-chip clients, including some fairly well-known names,” he explains. “A lot of projects had pretty fast turnarounds, as we had to work around existing staff, so there was lots of night working.”

Today, Darren’s new role primarily involves project management of the fit-out of high end restaurants and hotels which PSE Associates is involved with.

“Our restaurant clients demand an impressive level of finish and it’s exciting to work on projects like these,” he says.

In his spare time, Darren says he’s really relishing the extra time he has in the evenings now to play games with his children and get involved in putting them to bed. At the weekends, he likes to get outdoors with his family, on walks and bike rides. Now he’s working in Brighton, he’s also managing to slot in a visit to the gym some lunchtimes too.