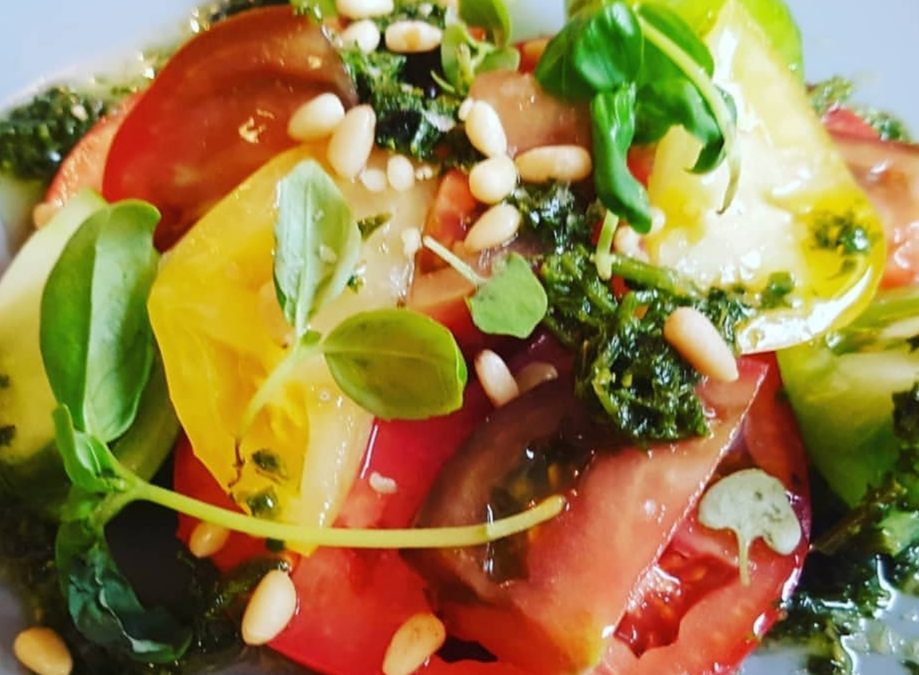 Over the past few years, while we’ve seen an increase in interest in restaurants offering food from several different countries and regions – including Japan and Turkey. However, one trend which no restaurant or pub can ignore is the rise in meat-free meals and, indeed, veganism in the UK.

This Autumn, this movement has captured the attention of celebrities and celebrity chefs alike. Jamie Oliver has a new series on Channel 4, called Jamie’s Meat-Free Meals, while Formula One driver, Lewis Hamilton, has invested in Neat Burger, a plant-based burger chain which has recently opened an outlet in London.

While the UK’s cities boast a growing number of vegan outlets, most restaurants and, indeed, pubs offer at least one vegan option on their menus.

Today, rather than just a stuffed mushroom or a nut roast, the variety of exciting vegan dishes is impressive. Even people who have no real intention of becoming vegans find themselves going for the meat-free options, as they are so full of flavour and colour. It is now rare for restaurants and pubs not to have at least one vegan option on their menu.

As a recent article in the Evening Standard stated: ‘The days of dull, earnest vegan dining in the UK are long gone. In fact, there are now so many vibrant and vivacious dishes to try that it can be difficult to know where to start’.

A glance at the menus of some of our clients confirm that there’s a lot of choice for vegans today. O’Neill’s the Irish bar chain boasts a comprehensive vegan menu, which includes a Moving Mountains vegan burger – a 100% plant-based juicy burger, served in a vegan ciabatta with grilled red pepper and tomato salsa.

Our client, the pub chain, Young’s, is proud of its chain of Burger Shacks, but in among the beef selections, there’s a veggie option with crispy beetroot, fennel, lentil and mozzarella teamed with lettuce, sour cream and pickles; as well as a vegan burger with chilli and herb marinated vegan halloumi, smashed garlic chickpeas, spinach, Nutbourne tomato and pea salsa and vegan mayo.

We recently supported our client, Home Grown Hotels, with creation of its latest project The Pig at Bridge Place. There the food is ‘all about the kitchen garden’ and there is plenty of fresh plant-based ingredients to whet the appetites of vegans and non-vegans alike, in addition to locally produced meats too.

Straight from the ‘garden, greenhouse and polytunnel’ and ‘mostly picked this morning’, menus have included dishes such as courgettes with lovage and basil pesto; zero mile mushrooms on toast with a truffle oil and rocket salad; and roasted red zebra tomato with black elephant garlic and olive salsa.

As ever, we are continuing working with our client Premier Inn and a quick look at its Bar + Block restaurant menu, which promises the very best steak, shows that new to the menu is a delicious buddha bowl, with mixed grains, hummus, carrot and harissa dip, mixed tomato salsa, avocado and sprouting broccoli, topped with rocket.

Meat-free meals is a trend which will very likely continue, with the Vegan Society’s website stating that vegans and vegetarians look set to make up a quarter of the British population in 2025. The sign-ups for the Veganuary campaign – where people eat vegan for the month of January – nearly doubled in 2019, with 250,000 people signing up.