The power of ratings 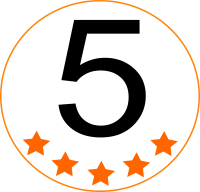 While companies are still putting lots of effort into creating the right marketing messages, it seems that customers are relying less on these and heading straight for ratings. This applies all types of purchases as well, of course, when booking somewhere to stay or a to restaurant visit.

According to a recent survey from the strategy and marketing firm, Simon-Kucher & Partners – Trend Radar 2019 – The Rating Economy – worldwide 71 per cent of consumers consider product ratings to be ‘important’ or ‘very important’.

Almost half of those surveyed said they regularly read reviews before making a purchase. One third of participants also usually leave their own ratings, while the majority of consumers (76 per cent) have left a rating at least once.

“Today, consumers are less reliant on marketing promises and advertising messages from the providers themselves,” said Georg Tacke, CEO of Simon-Kucher. “The balance of power is shifting toward the customer.”

Consumers are likely to look in a number of places for a review when booking a restaurant, such as OpenTable or TripAdvisor, or perhaps on Facebook or Google.

According to statistics from OpenTable, 25 per cent more people turn to consumer reviews on sites like OpenTable, Yelp or TripAdvisor, than those who rely on views by professional food critics. In addition, 60 per cent of people read reviews before going out for a meal, a habit that takes precedence over getting directions to the restaurant or looking at food photos.

More consumers than ever use and trust online review sites and social media for recommendations on where to eat – both at home and while travelling. According to a recent survey, diners, both locals and travellers, use TripAdvisor as a restaurant discovery site with, 87 per cent of UK-based respondents stating they have opted to dine at a restaurant as a result of a TripAdvisor ranking, review, rating or award.

Also, according to Harris, 75 per cent of consumers will not visit or patronise a restaurant which has received negative reviews about its cleanliness. Interestingly, according to Food Service Magazine, more people nowadays (38 per cent) will turn to social media and review sites to complain about a bad experience in a restaurant, with only 14 per cent directing their complaint direct to the venue.

But it seems like it might not just be the food and service which may lead a customer to leave a less than enthusiastic review online… According to a study from researchers at Ohio State University, consumers are more likely to leave bad restaurant views on rainy days.

According to the results of the new study, there is a correlation between poor customer reviews and bad weather – including when it rained, snowed or when temperatures reach extremes. Results showed that the odds of diners leaving negative comments were about three times greater on days when it rained.

Study co-author Milos Bujisic pointed out that it’s not just customers who are affected by the weather.

“A rainy day may put employees in a bad mood and that will affect their service,” he said in a statement.