Remember, remember, the 5th of November 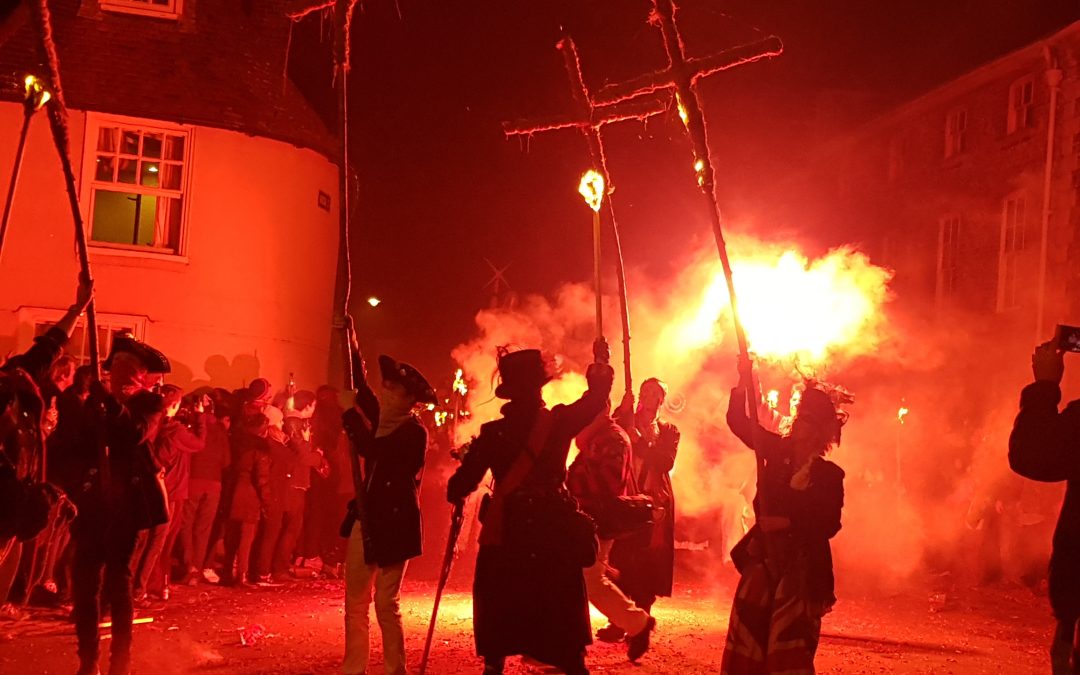 In many parts of the UK, the autumn months are indeed a season of ‘mists and mellow fruitfulness’ – as poet John Keats suggested. In Sussex, though, autumn means one thing – bonfire season.

If you were born in a Sussex town where bonfire is a thing, then it will all seem perfectly normal. For anyone new to Sussex or simply visiting, then most will be completely unprepared for the parade – the noise, the amount of people, the costumes, the atmosphere and, above all, the fire.

Traditionally, the bonfire season begins in early September with the first night in Uckfield, followed by Crowborough. Then, each weekend for two months, there is typically a bonfire somewhere, from Littlehampton to Rye. The season culminates with the Hawkhurst and Barcombe festivals on the third Saturday in November

The highlight of the season is Lewes and, while other bonfires are generally on a Saturday night, this always takes place on the 5th of November – unless it’s a Sunday. The town attracts as many as 80,000 spectators on the night who enjoy the spectacle of the costumed processions and firework displays organised by the six bonfire societies, accompanied by even more fire. 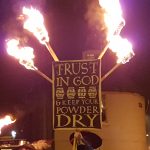 The 5th November remembers the failure of the Gunpowder Plot of 1605 when Guy Fawkes, Robert Catesby and their accomplices were caught attempting to blow up the House of Lords. Lewes burns the traditional replica of Guy Fawkes, as well as a model of Pope Paul V. In addition, the town also honours the 17 Protestant martyrs burnt at the stake on Lewes High Street between 1555 and 1557, with flaming crosses being carried as part of the procession.

While most people assume that the Sussex Bonfire tradition dates back to the time of Guy Fawkes, some of the traditions go back further than that, to a time when farm workers had little or no wages during the autumn or winter months. Begging was a criminal offence, so farm workers would dress up in costume and use to charcoal to blacken their faces, before going from house to house to ask for food, money and alcohol.

In all the towns with bonfire festivals, the local pubs are traditionally an important part of the evening. In Crowborough, the whole carnival traditionally breaks for up to an hour to ‘refuel’ at The Bricklayers’ Arms, while pubs in other towns will also be packed to the rafters during the parades.

In Lewes itself, some pubs in the town are ticket only for the night and all of them will be extremely busy. According to the Lewes Bonfire Celebrations website, around 6,000 pints of fluid will be drunk by the Bonfire Society members alone on 5th November.

Unless you’ve experienced it first-hand, the spectacle of a Sussex bonfire night is hard to explain. Certainly, in a world which seems driven by health and safety, the amount of naked flames involved in a typical Sussex bonfire society parade is breath taking. In Lewes there are barrels of fire being pulled through the streets and fire crackers being exploded all around.