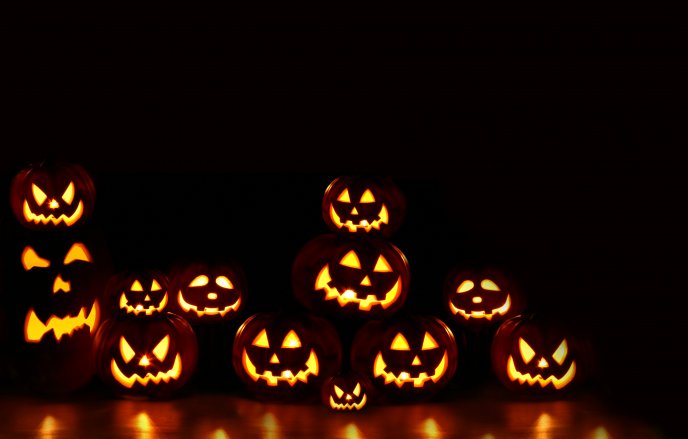 It’s that time of the year when skeleton costumes start appearing in the supermarkets and recipes for utilising pumpkin flesh appear in the Sunday papers. As soon as night falls on 31 October, most people will enjoy incessant door-bell ringing to be greeted by hordes of tiny witches and ghosts holding out plastic buckets with expectant looks on their faces.

While Halloween seems like a fairly modern festival, its origins date back to pagan times when the festival symbolised the boundary between the world of the living and the dead. The Celts believed that on the night of 31 October – the festival they called Samhain – ghosts of their dead would revisit the mortal world and large bonfires were lit in each village to ward off evil spirits.

When Christianity arrived in Britain, so did All Hallows Day or All Saints Day, a date to remember those who had died for their beliefs. It was originally on 13 May, until Pope Gregory moved it to 1 November during the eighth century to, it is thought, replace Samhain. The evening before became know as Hallow Eve, later Halloween – a night when the spirit world visits the physical world; in theory anyway…

Before trick and treating, the festival would be celebrated with games such as apple bobbing and carving faces into swedes and turnips, accompanied by the telling of ghostly tales. Pumpkins are a much more modern innovation, imported from the US – where ghostly costumes seem now to be giving way to all sorts of fancy dress.

Here at PSE Associates, we regularly offer our Quantity Surveying support to the refurbishment of some very old pubs and taverns and it’s not uncommon for our surveyors to be told about ghostly happenings and the sound of footsteps or beer barrels rolling around at night!

According to a recent feature in Time Out magazine: “With some of London’s best boozers dating back to the 1600s, you might have to prop up the bar with some creepy customers – and we’re not talking about the locals. Ghosts and ghouls are reported in some of London’s oldest and most-loved pubs – some of them with truly hair-raising tales behind them.”

The article tells of many ghostly happenings, including hearing footsteps and sighs and seeing rolled-up carpets floating mid-air to toilets which have mysteriously flushed on their own!

While some pubs utilise their ghostly residents as a tourist attraction, others are increasingly make use of Halloween an opportunity to attract people into their venues. Some family friendly pubs organise parties which appeal to children, while other venues encourage fancy-dress and offer up some scary cocktails. There are lots of ideas for food which have a Halloween touch from dishes including squashes, game and apple to flavours such as cinnamon and nutmeg to create an Autumn theme.

CAMRA recently also published its own list of the top ten haunted pubs in the UK, which include tales of ghostly smugglers, a cursed painting, a spectre that smells like rotten fish and beer raps turning on by themselves.

At PSE Associates we have only recently moved into a new building in Brighton. It was most recently a radio studio but had been a cinema previously. Some quick research – which we are beginning to regret… – reveals that it is reputed to be haunted by several ghosts…

Apparently, cold spots, strange lights and phantom footsteps have been perceived by both staff and visitors in the past. It is also claimed that during an interview with Betty Shine in 1990 – an English author, opera singer and Spiritualist – a power cut hit the building and the backups failed, but left the studio untouched…

We hope your Halloween is full of lots of treats and very few tricks! We’ll be keeping the lights on here!