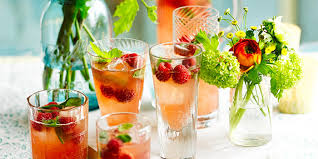 A generation ago, the choice of non-alcoholic drinks on offer at pubs and restaurants was tiny and most felt like children’s options – orange juice or perhaps a lime and soda. Today, the marketplace has changed dramatically. Alongside familiar low and non-alcoholic wines and beers, there are a variety of other options, including ‘whiskies’ and ‘gins’.

In the post-Christmas slump, there is a growing trend for people to cut down on alcohol – due to possible excesses during the festive period, a lack of money and a resolution to become generally healthier in the New Year. Last year, an estimated 4.2 million people took part in Dry January and figures suggest that the figure will be even higher this year.

It seems that there are health benefits to giving up drink. In fact, Richard de Visser from the University of Sussex, surveyed 857 participants of Dry January 2019 before and after their month of abstinence, and discovered that 71 per cent slept better, 67 per cent had more energy, 58 per cent lost weight, and 54 per cent had better skin.

While writing her recently-published book ‘How to Drink Without Drinking’ Fiona Beckett discovered that it’s easier to go teetotal now than it once was.

She said in The Guardian: “It’s no longer just about sweet fizzy drinks such as Fanta and Coke (but if they’re your thing, by all means carry on drinking them happily), these days there are any number of alco-free drinks you can enjoy – except, that is, wine. As a wine lover, I’ve yet to find a convincing, alcohol-free substitute, but they are improving.”

There is a growing breed of alcohol-free ‘spirits’ which aim, by utilising some of the same botanicals as, say, gin, to deliver the familiar flavour, with none of the alcohol. 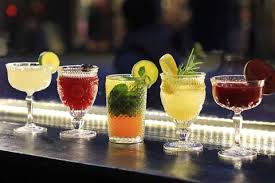 While ‘Dry January’ and ‘Sober October’ are growing in popularity, there is also evidence that the younger generation is actually drinking less. KAM research shows that 39% of Generation Z (18-24 year olds) say they are tee-total – more than twice the number of UK adults in general. There is also seeing a growth in ‘mindful drinking’, a growing proportion of UK adults who are actively ‘cutting down’ on alcohol intake. A key driver for this is health and wellness.

The is evidence too that what people decide to opt for in terms of non-alcoholic beverages depends on the occasion. A coca cola or orange juice might suffice for a catch-up with friends, but a celebratory meal or occasion might call for something a little more sophisticated.