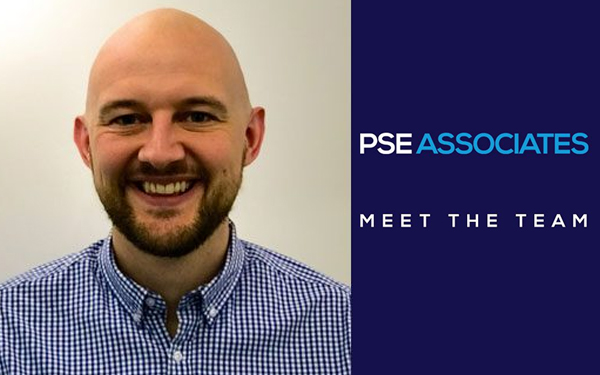 On the outskirts of Swindon, a whole new community is currently being created alongside the Wilts & Berks Canal which will boast more than 4,000 homes, shops and a school. At the heart of the development is a new Hall & Woodhouse pub and PSE Associates is proud to be providing quantity surveying support to this particular part of the development.

Heading up this project for PSE Associates is Senior Project Manager & Quantity Surveyor Bob Long, who has worked at the firm for the past four years.

“I really enjoy working with Hall & Woodhouse,” he explains. “They are a company with a real heritage and I get the chance to work with some great people.”

While at PSE Associates, Bob has worked with a number of pub and restaurant companies and now heads up part of the pub team – working with clients which also include Star Pubs & Bars and Ei Group (formerly Enterprise Inns).

“We’ve got a really strong pub team here at PSE Associates,” says Bob. “There is a good deal of experience between which allows us to share ideas.”

When Bob was at school, he intended to study psychology but ended up opting for building surveying.

“Looking back, I did have an interest in property,” says Bob. “I was probably the only one of my mates who’d happily sit down and watch property programmes on the TV.”

Bob originally worked for a firm in Hove where he was a CAD technician initially, before dealing with building control submissions for domestic property extensions.

“As I progressed I became involved with various types of work including Party Walls, dilapidations and defect investigations,” says Bob. “I don’t do that now, but it is a useful foundation to have.”

He moved on to dealing primarily with Local Authority work, such as schools and travellers’ sites but he realised he enjoyed the project side of the business and there wasn’t enough of that. This prompted him to apply for a role at PSE Associates.

“Working on commercial projects, rather than Local Authority contracts is really different,” says Bob. “It’s much faster paced in the commercial world but I find the pressure and delivery of these projects far more rewarding.”

Bob was originally from Brighton but has moved out to Burgess Hill now, as he and his partner wanted somewhere with a garden for their son and twin daughters. However, Bob says he appreciates the fact that he can still come to the city for work.

“Brighton is a wonderful place to work and PSE Associates is a really friendly company; we often get together away from work too and recently enjoyed a company barbeque,” he says.

Outside of work and family, Bob enjoys playing golf and squash and tries to make time for a run when he can.